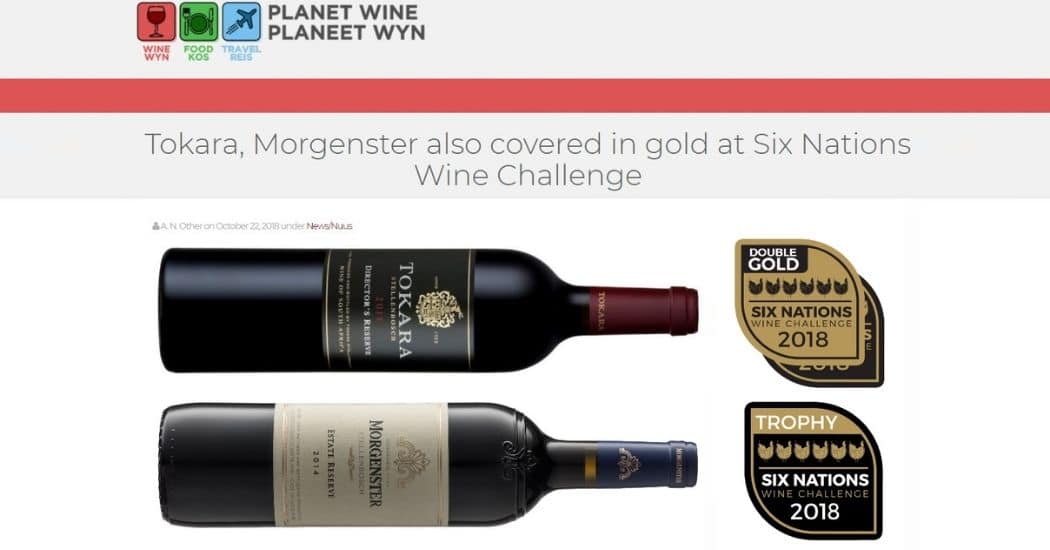 TOKARA’s fastidious attention to cabernet sauvignon spanning nearly two decades has brought rich rewards to this acclaimed Stellenbosch wine estate, with a Double Gold in the 2018 Six Nations Wine Challenge, yet another international accolade for its flagship red.

The award winning TOKARA Director’s Reserve Red 2014 is a cabernet sauvignon driven blend of four classic Bordeaux varieties from prized vineyards on the slopes of the Simonsberg. Composed of cabernet sauvignon (72%), merlot (18%), petit verdot (6%) and cabernet franc (4%), this sumptuous blend is a true reflection of everything the estate stands for – refinement, elegance and balance.

The wine also stood up to international critical acclaim in Tim Atkin’s South Africa 2018 Special Report with a 96/100 score from this highly respected British Master of Wine and expert on the South African vineyard.

TOKARA’S Director’s Reserve 2014 has also excelled on home turf clinching Gold together with the Reserve Collection Cabernet Sauvignon 2015 at the recent 2018 Veritas Awards, the “Oscars” of the South Africa’s wine industry.

The Six Nations Challenge is an annual competition featuring wines from Australia, Canada, Chile, New Zealand, South Africa and the USA. It recognises and showcases the “very best of the best” New World wines, promoting their outstanding quality, diversity and richness.

Morgenster’s Estate Reserve 2014 has won the top honour, the trophy, in the Bordeaux blend category at the Six Nations Wine Challenge 2018 in Sydney Australia.

“We launched the Morgenster Estate Reserve 2014 to the South African media and members of the wine industry in May 2018. At that time, it was only sold on allocation. Because of the interest this trophy will generate, we are releasing a limited number of bottles available only from the tasting room at R476 a bottle plus courier cost,” says Federica Bertrand of Morgenster.

“This is a Morgenster Reserve, so expect nothing less than amazing”, says cellar master Henry Kotzé said. “It was crafted from the Schapenberg mountainsides to create memories from now until 20 years in the future. There is terrific intensity on the nose which is perfumed with plum, red and black berry richness, almonds and coffee with toffee, and classical pencil shavings, cigar box and cassis. The mouth filling elegance has a heavier cashmere feel of tannins finely interwoven with sweeter dark berry fruit. Balanced acidity over minerality helps to harness the youthfulness of the fruit.”