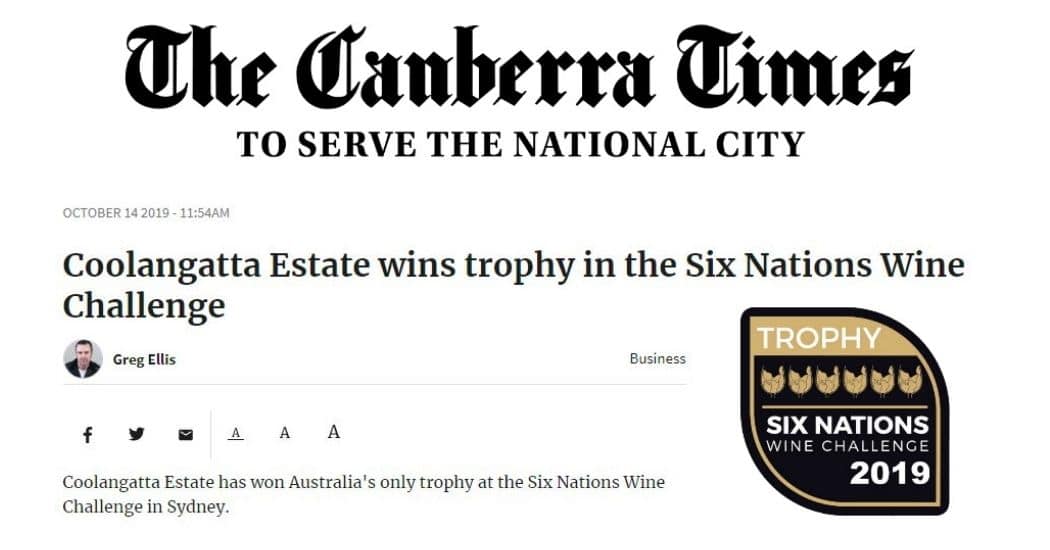 Coolangatta Estate cellar door manager Ben Bishop said just being invited to participate is considered a major achievement because you are being chosen to represent Australia. Mr Bishop said the international wine competition chooses one wine writer/judge in each country to submit 100 wines.

So the Shoalhaven Heads’ vineyard not only won Australia’s only trophy it took first and second place with its semillons in the category they were entered.

“It was great for us to not only represent the nation but also represent the Shoalhaven,” Mr Bishop said. “We were also recently fortunate enough to get Best White of Show at Forbes for our new riesling”.